Dwight Bowers, Curator, Division of Culture and Arts at the National Museum of American History, shows us a costume worn by American country singer Patsy Cline. 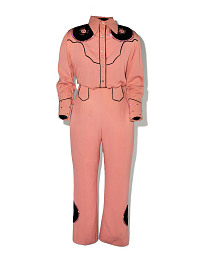