Out of Many: A Winter Multicultural Festival

This video playlist was originally published on the National Museum of the American Indian's YouTube channel.

On January 21 & 22, 2017, the National Museum of the American Indian presented its winter multi-cultural Out of Many Festival. This two-day celebration event highlighted Native performers, both traditional and contemporary, from across the country. It also included performances by groups from the Washington, D.C. area highlighting mariachi music, West African dance, taiko drums, salsa music and dance, Chinese youth lion dances, jazz and much more.

The name of this festival, Out of Many Festival: A Winter Multicultural Presentation of Music and Dance, is derived from official motto on the Congressional seal, e pluribus unum, which translates as "out of many, one." The motto expresses the fact that the United States was formed by many peoples from around the world, who joined with indigenous peoples of the hemisphere to form a new nation. The festival includes performances of Lumbee, Mohawk, Andean, Armenian, Japanese, Yaqui, indigenous Bolivian, Native Hawaiian and Samoan peoples 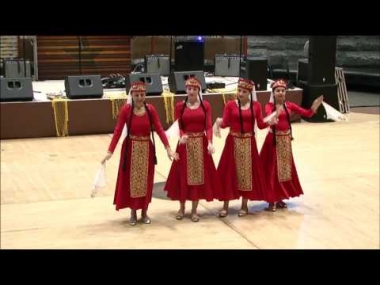 Out of Many: A Winter Multicultural Festival