By Alison K.
The original blog post can be found on the NMAAHC blog, "American History Through an African American Lens."

The roots of gospel music run deep in our nation’s history. They extend back to African influences and incorporate early American hymns and spirituals. Gospel’s rich and soulful sound grew from the distinct African American experience and in turn provided part of the foundation for other styles like R&B and rock ’n’ roll.

Despite gospel’s importance, its history is not well documented. Many early recordings were lost. Stories about the performers and the meanings of songs weren’t written down. For every well-known recording by artists like Mahalia Jackson or the Hall Johnson Choir, there are thousands of other recordings from lesser-known artists like Sister Lucille Pope, the Angelic Gospel Singers and the Roxy Male Quartets that have been largely forgotten. These recordings are often difficult to find, but are, nonetheless, important to telling the story of American music and history.

That’s one reason Dwandalyn Reece, curator at the National Museum of African American History and Culture, is so excited about the efforts of Baylor University’s Black Gospel Music Restoration Project. The project’s ultimate goal is to create a digital copy of every song released by every black gospel artist or group during the “Golden Age of Gospel” that spanned the 1940s to the 1980s.

“I think it’s a tremendous resource,” Reece shared with J.B. Smith of the The Waco Tribune-Herald during a recent visit to attend Baylor’s Pruit Memorial Symposium on black sacred music. “I marvel at things like this. We always bemoan the fact that history isn’t being preserved. It takes resources, and Baylor has put forth the effort.” 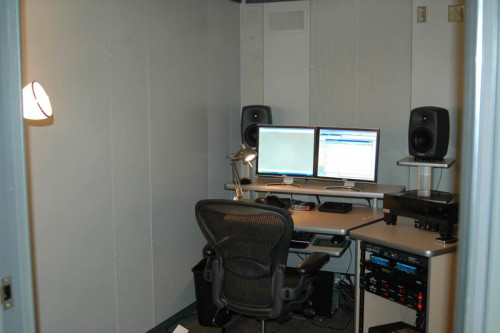 The Black Gospel Music Restoration Project was established in 2008 and is directed by Baylor Associate Professor Robert Darden.  Since 2008, Baylor University librarians have digitized over 8,381 songs.  Soon fruits of that effort will become a part of NMAAHC. Highlights from the Black Gospel Music Restoration Project’s digital collection are on their way to Washington, DC to be included in Musical Crossroads exhibition. This permanent exhibition will tell the story of African American music from the arrival of the first Africans to the present day.

Both Reece and Darden see these recordings as important additions to the new museum for the stories they can help tell. While planning for the exhibition is ongoing, the Baylor recordings may be used to explore the importance of gospel music to the civil rights movement.

Many of the original gospel recordings during the era were made on 45 rpm records. One side of a 45 usually featured a popular or “hit” song while the other or “flip” side was a place for artists to record a personal selection. During the civil rights era, many artists took the “flip” side as an opportunity to record songs supporting the movement. Darden’s favorite example of such a “flip” side song is “Where is Freedom” by the Friendly Four. The song mentions the efforts of civil rights activists in cities around the country and reminds listeners to to sing in memory of those who lost their lives in the struggle.

“You think people are just talking about religion, and the other side they have a message embedded in that as well,“ Reece said. "The whole idea of having, like a Civil Rights Movement message in a gospel song - it was - just blew my mind.” 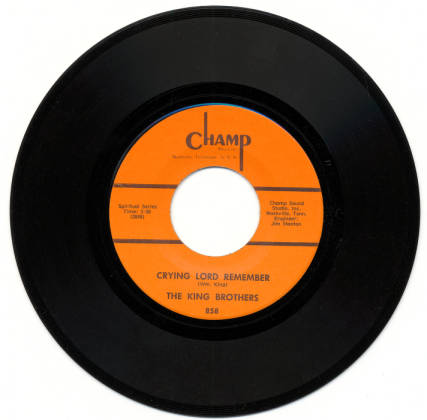 An album from the Royce-Darden Collection. Photo courtesy of the collection at Baylor University

The recordings may also be used to highlight the regional diversity of early gospel music. “Not all gospel recordings made during the pinnacle of gospel’s popularity were made on major labels,” Reece explained. “Many were done in connection with local churches and there are differences in style based on where these types of recordings were made.”

“The Old Ship of Zion” by the Mighty Wonders of Aquasco, Maryland is one of these recordings. Darden and his team believes the record was cut around 1960 in one of Aquasco’s tiny street-corner studios. They researched the group and found nothing. Still, Darden sees the song as an example of the regional importance of gospel. “Maryland was the site of numerous plantations in the Civil War era and some of the worst events during the Civil Rights era,” he explained. “In the middle of all that, this group goes into the studio and cuts this song that says three times, ‘There’s nothing but love in God’s water.’ That you can sing an inclusive song like that during times like those in a place like that, well, that’s pretty special.”

The Black Gospel Music Restoration Project’s copy of the Mighty Wonders album is one of only two known to exist. This underscores the importance of the project’s work to digitize such recordings both to preserve them and make them available to a broad audience.

Featuring select recordings from Baylor’s growing digital collection in the Smithsonian will give visitors an opportunity to learn these stories and to listen to many gospel recordings that may otherwise have been lost to history.