Art Blakey (1919-1990), one of the most influential jazz drummers and bandleaders, owned and used these drumsticks in his later years. Born in Pittsburgh, Pennsylvania, Blakey received early musical instruction on the piano before switching to drums as a teenager. He spent the first years of his career performing with swing bands, including the orchestras of Fletcher Henderson and Billy Eckstine. The forceful dynamics of big band drumming, together with R&B and traditional African influences, remained a permanent feature of Blakey’s mature style.

It was this distinctive, hard-driving playing style that made Blakey a key player on the early bebop scene of the 1940s and ‘50s, along with Eckstine bandmates Fats Navarro, Dexter Gordon, and Miles Davis. Immediately after Eckstine disbanded his orchestra in 1947, Blakey played on modernist pioneer Thelonious Monk’s first recording session and recorded with Navarro’s quintet. In the early ‘50s, he performed with Davis as well as bebop architect Charlie “Bird” Parker. 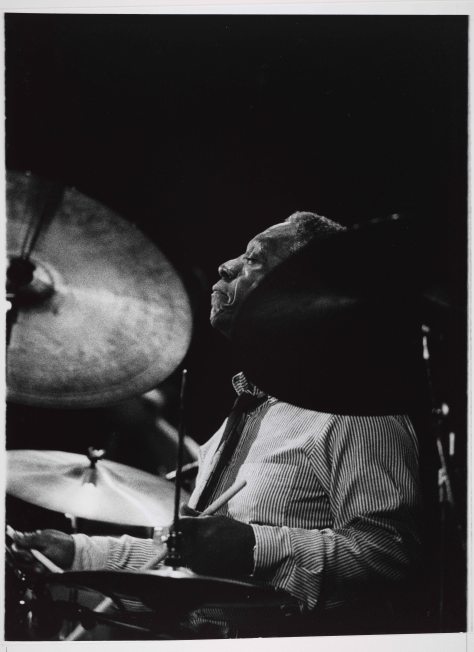 During the mid-‘50s, Blakey began to focus his energies on the small groups that would be his most enduring legacy. The various editions of his group the Jazz Messengers defined the blues-inflected ensemble sound of hard bop. They arguably reached their peak in the late 1950s and early 1960s with a string of classic recordings for the Blue Note record label. From the mid-1950s until his death, Blakey was an important mentor to young jazz talent: Lee Morgan, Wayne Shorter, Curtis Fuller, Wynton Marsalis, and many others worked with Blakey before embarking on their own careers.

Steven Lewis was a Curatorial Intern in the Culture division of the National Museum of African American History and Culture. He holds a Bachelor of Arts in Jazz Studies from Florida State University and a Master of Arts in Musicology from the University of Virginia, where he is currently pursuing his PhD in Musicology.