Money is often defined as a medium of exchange, but to some artists money is simply a medium—or set of materials—that they can use to create works of art. Artists have treated the flat surfaces of coins and two-dimensional banknotes as canvases for artistic expression, leaving the monetary object intact but changing its original design. For example, the National Numismatic Collection holds a nickel from 1937 that an artist modified to transform the image of an American Indian into a skeleton, as well as a ten cent banknote from 1874 in which an artist has satirically altered the portrait of U.S. Secretary of the Treasury William M. Meredith. 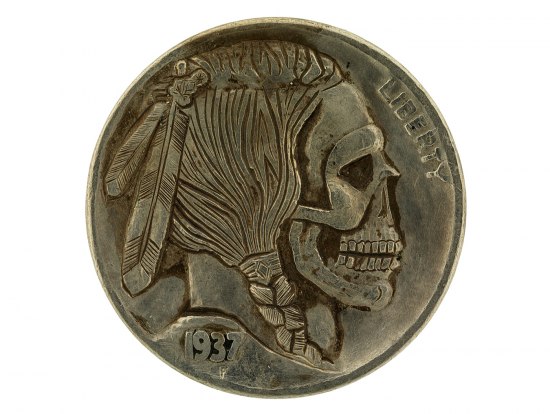 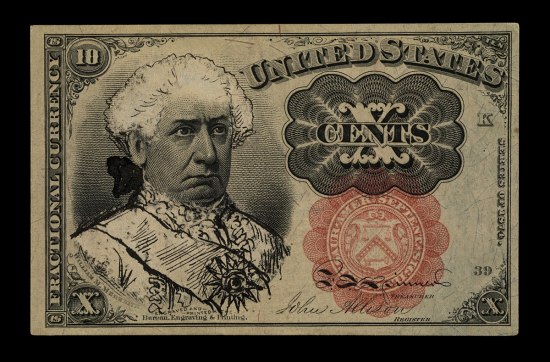 The National Numismatic Collection recently acquired some new objects that reflect how artists use banknotes as building blocks to create new three-dimensional shapes and figures. Ron Rotter is an origami artist from Wisconsin, but instead of using typical rice or mulberry origami paper, he folds U.S. paper money (made from a mixture of cotton and linen) to create a wide range of geometric forms as well as comical and creative figures. Rotter began folding paper money origami about 20 years ago. He was motivated to learn to fold banknotes because he wanted to entertain his young children at restaurants when they went out to dinner. Rotter would transform dollar bills into creatures and his children would draw environments for the paper money origami animals to live in. They then left the origami and drawings as tips for restaurant servers.

What is so impressive about Rotter's work is that he strategically folds the paper money to use aspects of American banknote designs to bring his figures to life. For example, Rotter's origami elephant is precisely folded so that the eye at the top of the pyramid—a symbol from the Great Seal of the United States of America that appears on the reverse of U.S. banknotes—is perfectly placed as the elephant's eye. His shirt-and-tie design is folded to give the appearance of stripes. 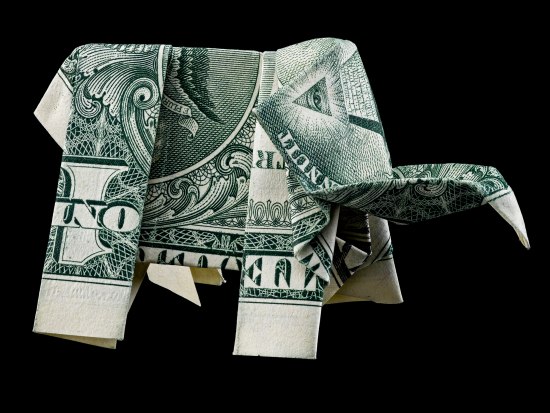 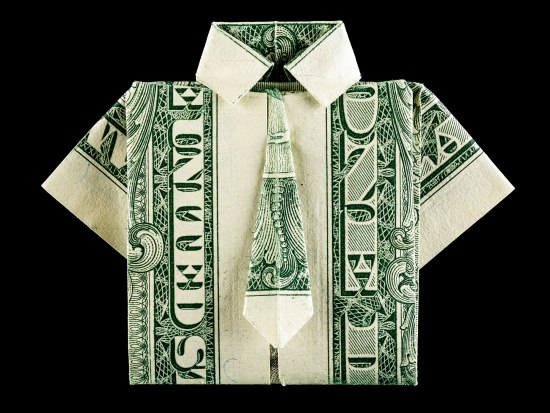 Rotter's elephant and shirt and tie are made from single one dollar banknotes, as are his dinosaur and heart. Each of these designs takes Rotter less than 15 minutes to create. 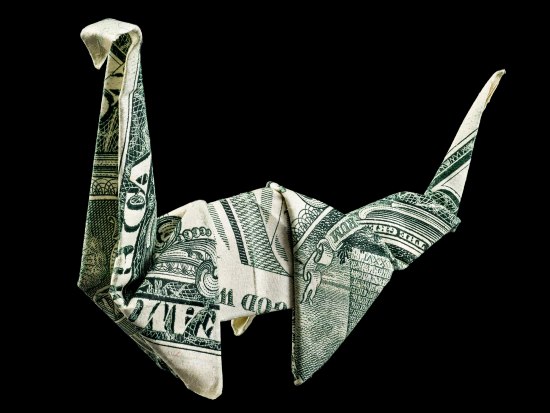 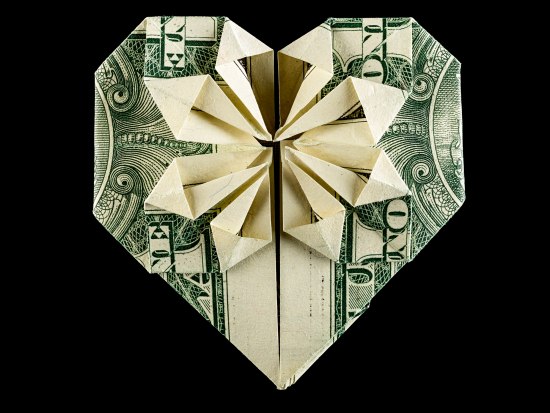 Rotter also makes much larger pieces from multiple U.S. banknotes. The interlocking tetrahedra is made from 30 one dollar bills. He spent two and a half hours folding the notes and assembling them to produce this striking geometric shape. 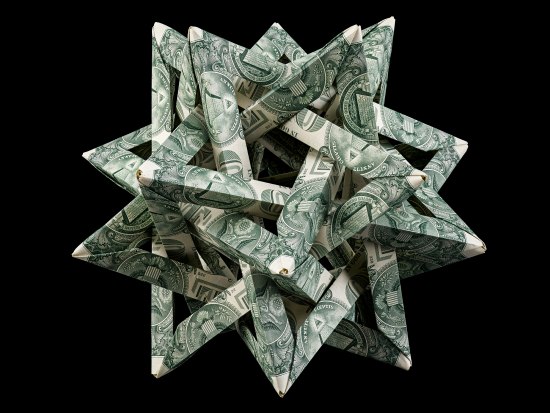 Although each figure is carefully and crisply folded, they could be easily disassembled and the banknotes could, once again, serve as a medium of exchange. The value of these pieces, however, lies in the skill and creativity that led to their creation rather than the purchasing power of the notes themselves. The new origami paper money in the National Numismatic Collection contributes to our understanding of the many contemporary uses and interpretations of monetary objects. Examples of Rotter's dynamic art from money are now on display in The Value of Money exhibition.

Ellen Feingold is the curator of the National Numismatic Collection and The Value of Money exhibition.