Engineering infrastructure usually isn't the most compelling topic for a blog post—except when it fails dramatically. In the wake of a 1,000-year rain event (meaning in a given year there is a one in 1,000 chance of observing rainfall totals of this magnitude) that has flooded much of South Carolina, the invisible history of technology is suddenly in the news. Right now, the city of Columbia, South Carolina, has all eyes focused on the damaged 191-year old canal that supplies its drinking water.

The Columbia Canal has long provided the city with transportation and electricity, and is currently its main source of drinking water, but on Monday, October 5, a 60-foot wide breach opened up. Engineers are now racing to repair the canal and restore potable water to the city. On October 6, helicopters lowered excavating equipment to the dike and workers prepared a temporary dam to maintain the water levels required to keep the powerhouse pumping. The plan was to sink a barge and drop more sandbags to plug the hole. 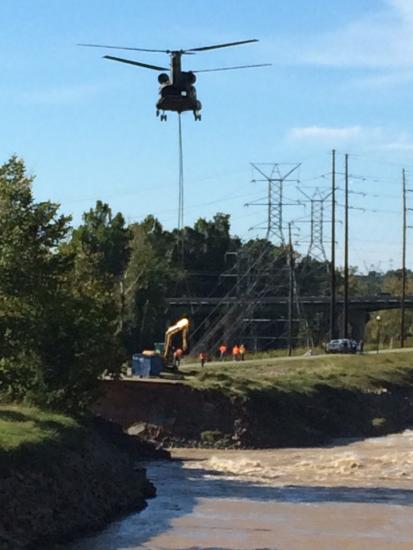 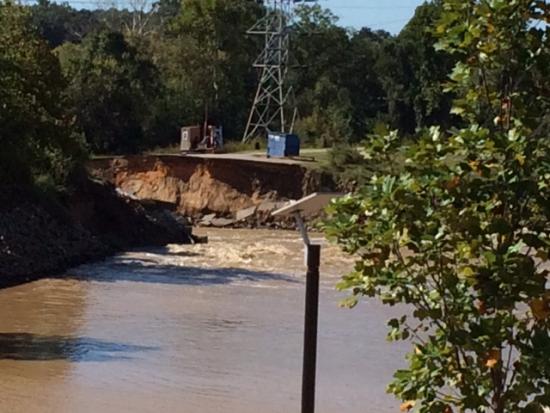 The canal originally opened in 1824 as part of a transportation network that connected South Carolina's up-country with the port of Charleston. The canal allowed for the shipping of freight around the rocky fall line of Columbia. (The fall line is the furthest inland a boat can navigate a river before encountering glacial boulders. The canal allows boats to bypass the rocks.) By the 1850s, railroads supplanted the canal system and the state legislature began looking for alternative uses for the canal.
Developer and entrepreneur William Sprague IV, a U.S. Senator from Rhode Island who came from a prominent manufacturing family, bought the canal for a nominal fee in 1868. Sprague convinced the city council that a municipal water supply, pumped from the canal, would spur industrialization. The council contracted with Columbia Water Power Company, which then gouged customers by providing water at twice the former rate. Moreover, the filtration system worked poorly, and residents soon complained that they were simply receiving muddy river water. Current city residents might sympathize, considering the brown water flowing from their faucets. Until recently, a city-wide boil water advisory was in effect.
Sprague also promised to double the canal's capacity to provide power for textile mills, but in fact did little work on the canal. As it turns out, during the 19th century most profit in the competitive textile industry did not usually come from sales of cloth, but rather from the appreciation in local real estate as population increased. Unfortunately for Sprague, Columbia did not industrialize fast enough to keep him on sound financial footing. He eventually lost the canal in bankruptcy. 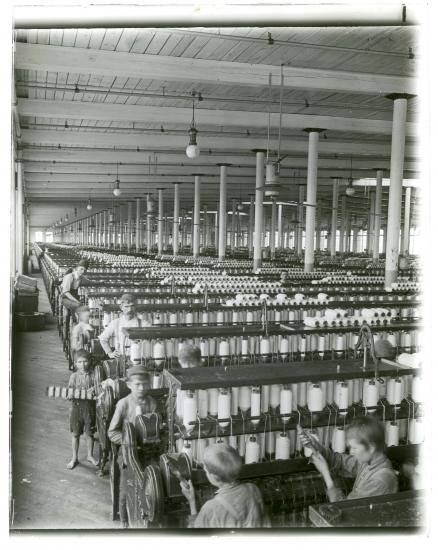 From 1880 to 1895 the canal was widened and profitable textile manufacturing finally reached Columbia. Lockwood, Greene & Co., one of the nation's oldest engineering companies, pioneered mill construction in the South and created the prototype for the southern textile industry. In 1893 the company was asked to design Columbia Mills along the banks of the existing canal.

Due to geographic considerations, Columbia Mills was built on a bluff 600 feet east of the Columbia Canal. This created the challenge of mechanically transmitting power from the canal to the mill. After consulting with Sidney B. Paine of the General Electric Company, Stephen Greene (the resident engineer on the project) decided to experiment with electrical power. 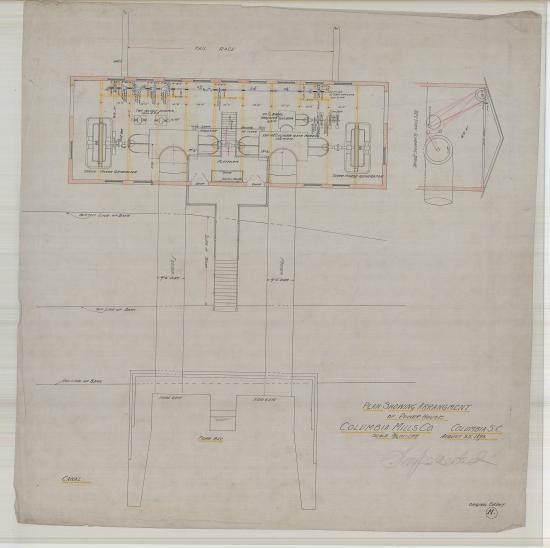 In 1894 Columbia Mills opened as the first fully electrified textile mill in the world. It also featured the largest installation of General Electric generators at the time. The success of the electrified Columbia Mills proved that there were viable alternatives to steam power in the textile industry. 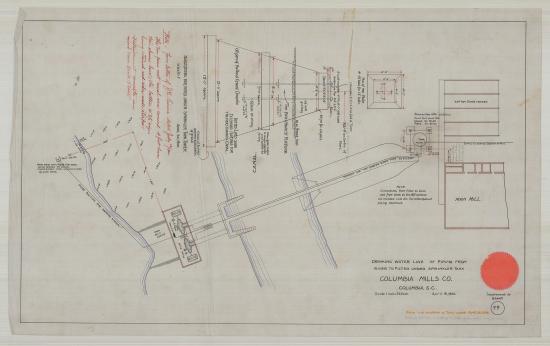 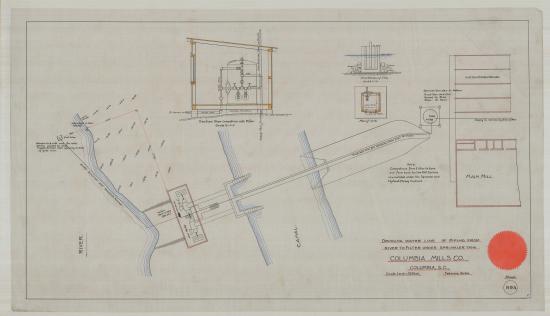 Columbia grew with the textile industry, and the city needed a dependable water supply. With a much-improved filtration system, the canal eventually became the main source of the city's water. This week's breach in the dike that separates the canal from the Congaree River is especially significant because as the flood waters recede, the level of the canal has fallen. The water pumps need a minimum level of water to operate. 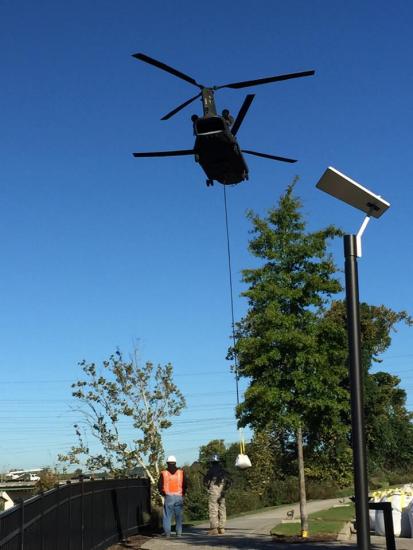 As for Columbia Mills, it continued to manufacture cotton duck fabric until it closed in 1981. The Columbia Mills building now houses the South Carolina State Museum and the Confederate Relic Room and Military Museum. The museums are currently closed while work continues to stabilize the canal. Curator of History JoAnn Zeise reports that their artifacts are safe and dry. 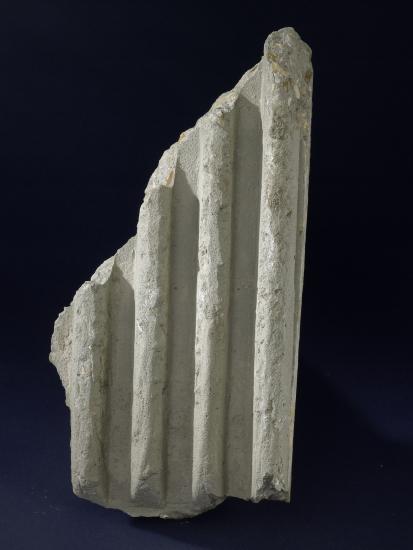 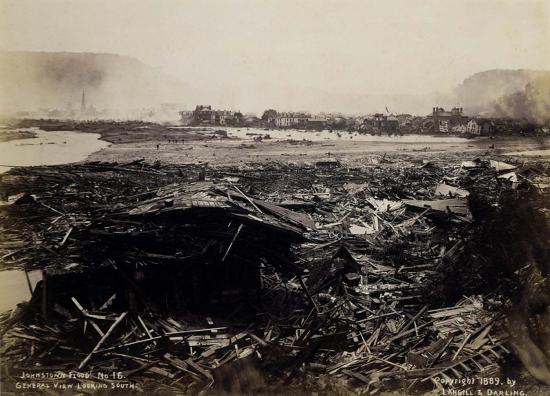 Allison Marsh is the director of Public History at the University of South Carolina (USC). USC canceled classes for the week, citing the lack of potable water available on campus as a key concern. In 2013 she was the Goldman Sachs Senior Fellow in the National Museum of American History's engineering collections.