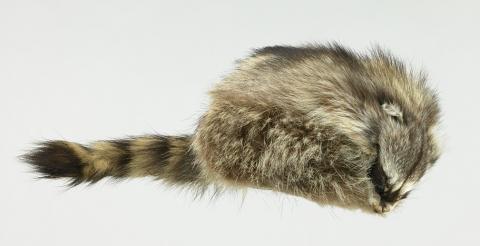 Made of real raccoon skin and complete with the face and tail at the back, this coonskin cap features a leather hatband and fabric lining. It was worn by actor Fess Parker.

The coonskin cap prompted a national and international mania among boys in the mid-1950s. This youthful obsession that swept the United States and the United Kingdom was inspired by the fur headgear worn by actor Fess Parker as Davy Crockett, the fabled 19th-century frontiersman, in a series of five programs that were broadcast as part of the Disneyland television series. 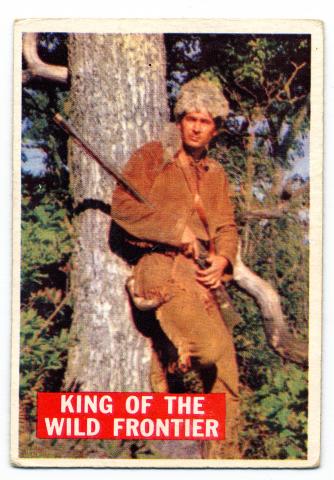 The first three episodes were later edited together as the 1955 theatrical film Davy Crockett, King of the Wild Frontier. Part of producer Walt Disney's efforts at live action (as opposed to animated) movies, the Davy Crockett series was partially filmed amid the natural scenic wonders of the Great Smoky Mountains in North Carolina. Although marketed as romantic adventure stories, the sprawling narratives about Davy Crockett turned him into a larger-than-life folk hero and served to acquaint its young audiences with aspects of American history in its portraits of frontier milieux. 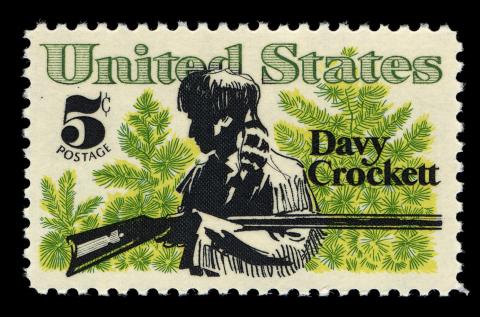 Parker's coonskin cap costume was fashioned from the skin and fur of raccoon, including its head and luxuriant tail. He donated it, along with other costume elements, to the National Museum of American History in 2004. The cap that was marketed to young boys was a simplified version and was usually made of faux fur with a raccoon tail attached. 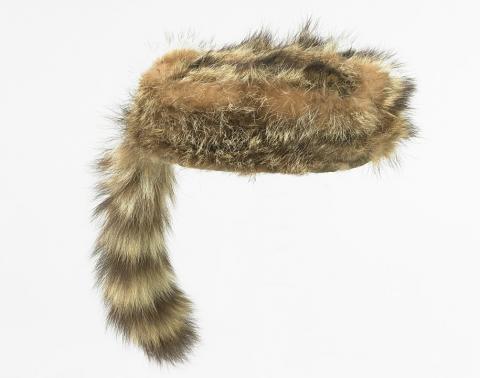 Child's "Davy Crockett" hat with brown fur and tail at back

There was a variation that was marketed to girls that became known as the Polly Crockett hat. Similar in style to the boys' cap, it was made of all-white faux fur. At the height of their popularity in the 1950s, children's coonskin caps sold at an average of 5,000 per day. By the end of the decade, their appeal waned as the television episodes ceased to be aired on a continuous basis. 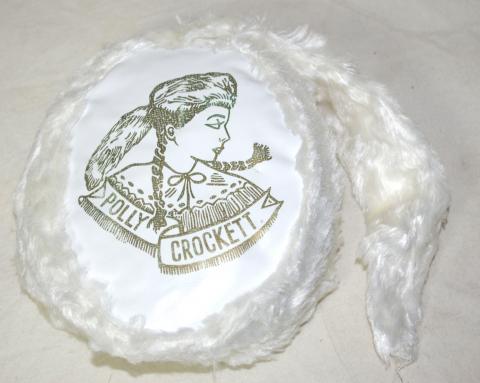 Coonskin caps were originally worn by some American Indians as a traditional article of clothing; however, European pioneers that settled in the Tennessee, Kentucky, and North Carolina regions in the 18th and 19th centuries adopted it as their own and wore them as hunting caps. Even Benjamin Franklin, in his trip to Paris as Ambassador to France, wore a cap as a symbol of patriotism. Its rough-hewn look has become an iconic part of the American frontiersman's image. 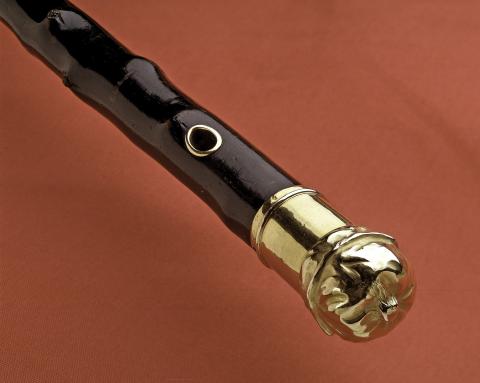 A walking stick gifted to Benjamin Franklin in France. Note that the top represents his iconic fur hat. 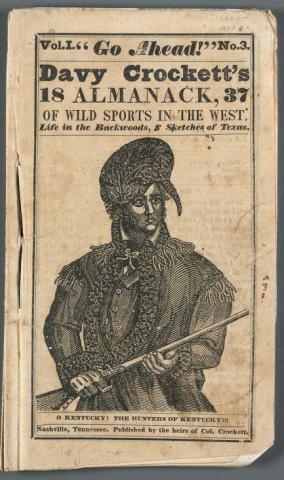 Dwight Blocker Bowers is a curator in the Division of Culture and the Arts. Starring North Carolina! is on view at the North Carolina Museum of History, a Smithsonian Affiliate museum, from November 15, 2014, through September 6, 2015.