“Love Is Here to Stay” 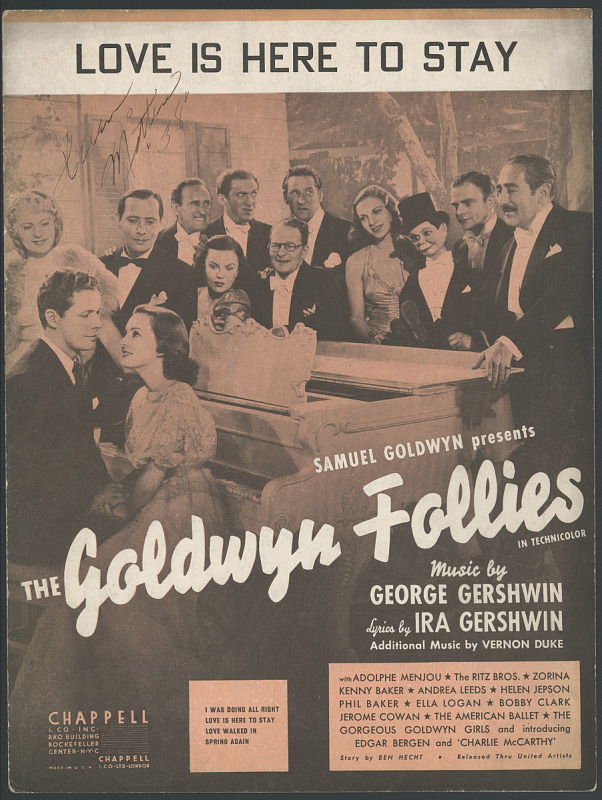 This sheet music is for the song “Love Is Here to Stay” from the film The Goldwyn Follies. Ira Gershwin wrote the lyrics to the song and George Gershwin composed the music. Chappell & Co. Inc. published this sheet music in 1938. The cover features a photograph of the film’s stars (including a dummy) gathered around a piano.

The ballad “Love Is Here to Stay” was the final composition George Gershwin completed. Ira Gershwin wrote the poignant words after his brother's untimely death. It was introduced by singer Kenny Baker in the 1938 motion picture The Goldwyn Follies. Decades later, the song was featured in the 1951 MGM film, An American in Paris, where it was performed by the film’s leads, Gene Kelly and Leslie Caron.