This bust of American jazz clarinetist and bandleader Benjamin David "Benny" Goodman (1909 - 1986) was made by Ed Dwight in Denver, Colorado in 1990. Made of cast bronze, the sculpture depicts Goodman’s head and hands, playing a clarinet, on a swirl of bronze on a stone base.

Ed Dwight began his career as a graduate engineer, was a former United States Air Force test pilot who became the first African American to be trained as an astronaut in 1962. Following a career in real estate, computer systems engineering, and consulting, Dwight pursued art and received a Masters of Fine Arts from the University of Denver in 1977. Dwight’s works include fine art sculpture, large-scale memorials and public art projects.

Credit Line
Gift of Calvin B. and Marilyn B. Gross 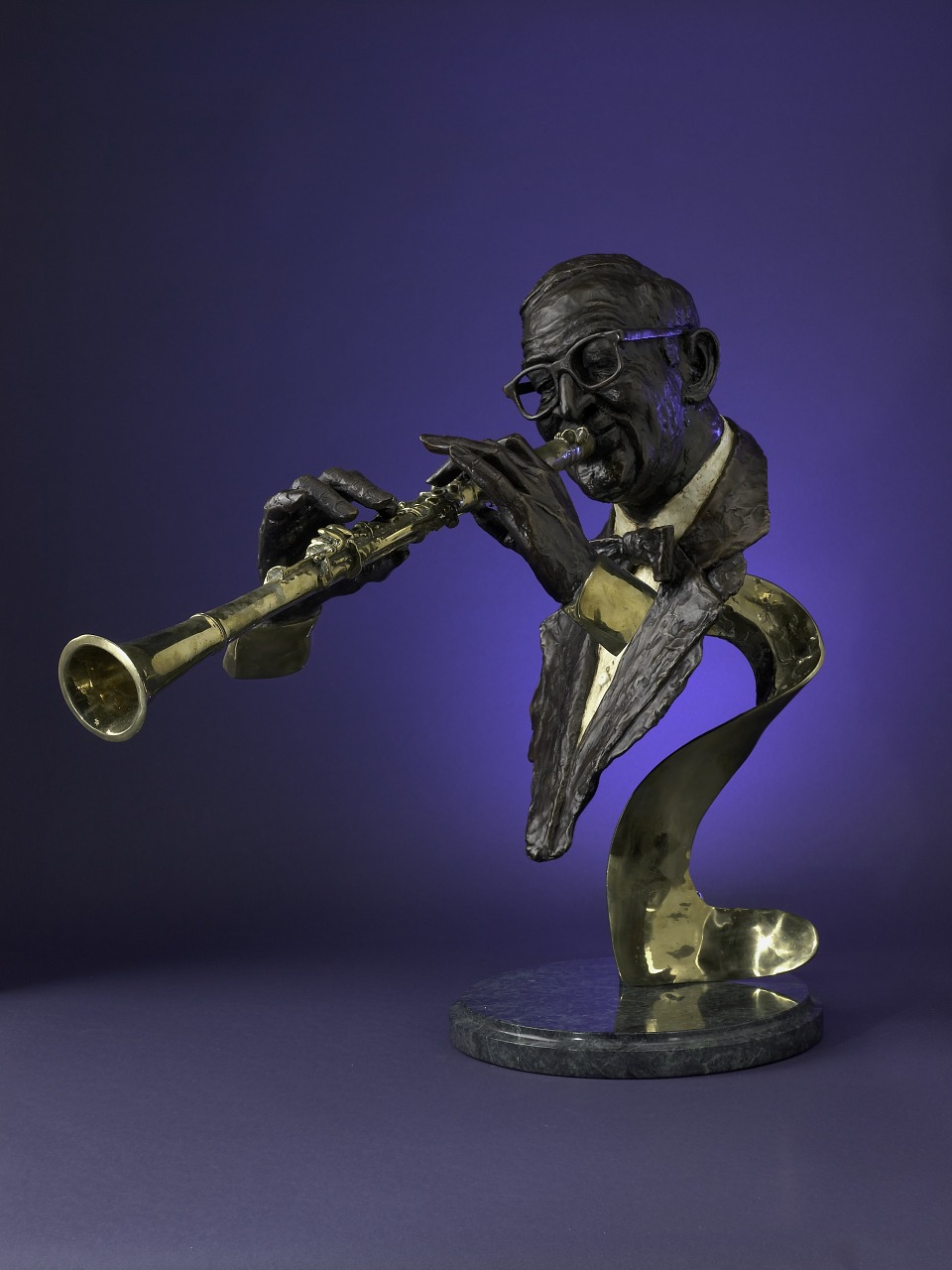 This image is in the public domain (free of copyright restrictions). You can copy, modify, and distribute this work without contacting the Smithsonian. For more information, visit the Smithsonian's Open Access page.
There are restrictions for re-using this image. For more information, visit the Smithsonian's Terms of Use page.
IIIF provides researchers rich metadata and media viewing options for comparison of works across cultural heritage collections. Visit the IIIF page to learn more.
View manifest View in Mirador Viewer