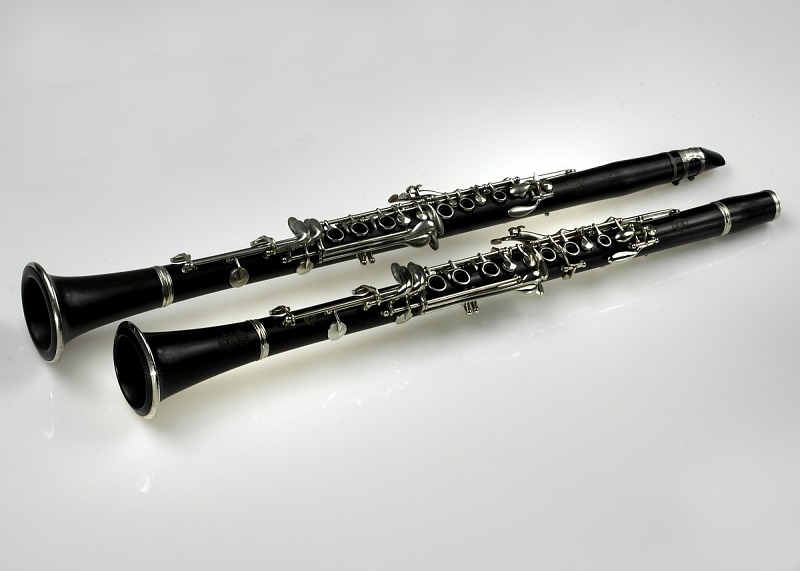 This B-flat clarinet (bottom instrument), serial number M6727, was made by Henri Selmer. Paris, France. 1945. It was previously owned and used by American jazz musician and band leader, Artie Shaw (1910 - 2004).

Shaw achieved International success with his recording of “Beguine the Beguine” in 1938. He continued his career performing around the world, selling thousands of records, and appearing on film and television. By the end of 1954 Shaw made his last appearance as a clarinetist and stopped performing to pursue other interests.