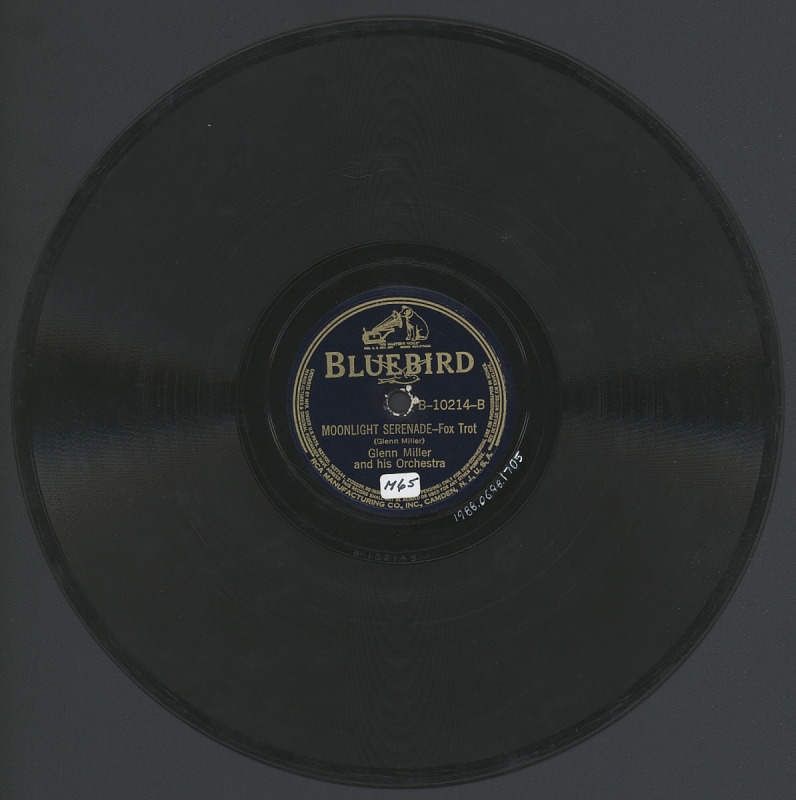 Glenn Miller and his Orchestra. side 1: Sunrise Serenade; side 2: Moonlight Serenade (Bluebird B-10214)

“Moonlight Serenade” became bandleader Glenn Miller’s (1904-1944, MIA) signature song, despite its place on the b-side of his 1939 “Sunrise Serenade” release. In that year alone, Miller had five top-20 records on the Billboard charts, and “Sunrise Serenade” became his first record to sell more than one million copies. The swing music the Miller and his orchestra performed was infused with elements of jazz and featured a unique combination of sound from the clarinet and saxophone. The bandleader's pure, romantic swing sound appealed to dance audiences nationally and overseas.