Stop! In the Name of Love; I'm in Love Again 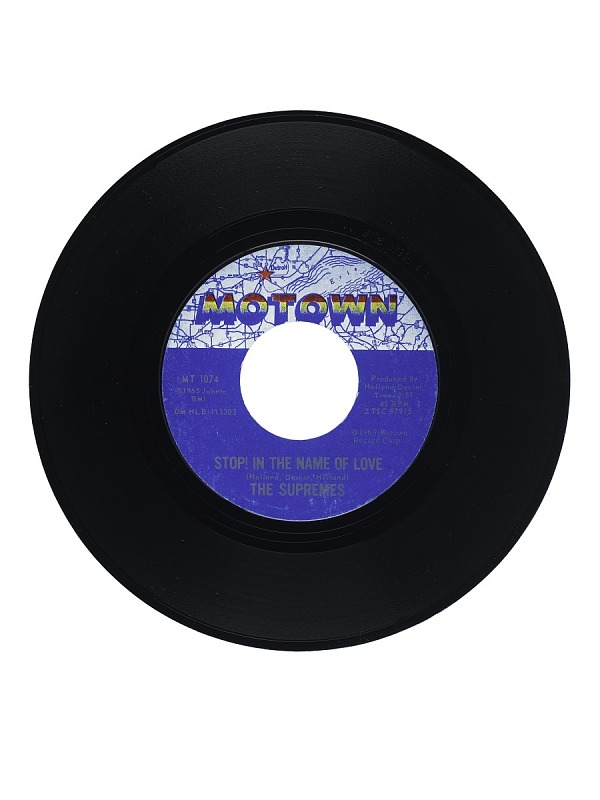 This 45-RPM 7-inch record contained the Supremes single “Stop! In the Name of Love” with the B-side “I’m in Love Again” that debuted in February of 1965. Written by Lamont Dozier, Brian Holland, and Eddie Holland and released by the legendary Motown Records, the single reached number one on the Billboard Hot 100 in March of 1965. African-American owned Motown Records produced dozens number one hits from its cadre of African-American Artists from its Hitsville U.S.A. Studio in Detroit, Michigan in the 1960s and 1970s.

Credit Line
Gift of Robert B. Campbell in memory of Dorothy and William Campbell